I really wonder what Paul was smoking when he penned those words. I mean, did he really mean it? Often, many Christians of this generation would try to "water-down" those very words. Some would say, well, maybe Paul didn't really have too much to give up. I mean, what could you possibly own 2 thousands years ago?? A cow, a sheep and a goat? Paul didn't have to even think about giving up a three-thousand dollar a month job, a nice ride, a house, a golf-club membership or even hobbies. Good grief, we would think to ourselves... he had "Nothing!".

The truth is people never change. From generations to generations, problems creatively cover itself up to deceive our eyes. Outwardly, we perceive them as different issues, "unique only to this generation". But yet from them stem the same core principles and roots. Problems we have today is the same as the ones that existed since the beginning of creation, and it is no other than this : sin.

Thus, I feel that Paul faced the same burning issues as us in our current life. He had to choose the same choices we have today, and they are : God, or everything else.

Time and time again, I see in my mind's eyes flashes of the same images. I see myself getting shot, or killed in some horrible fashion. I recalled my days in Nebraska, when I was studying for my undergraduate, how often would I, when cars that passed by caused me to feel "alert" or "suspicious". I always had the feeling that somebody would just wind down the window and shoot me. My initial answer for these feelings was I thought I watched too much TV. And indeed in those days, I did watch plenty of TV. However, as time passed, this feeling of fear began to change in something that is indesricbable for me. It's as though I don't fear it anymore. And the anticipation that if I could give my life up for Christ would be the greatest achievement that I could ever accomplish in this life.

I guess that's what Paul was trying to say. He didn't fear death anymore, because he knew who 'held' death in His hands. And to him, the only life that's worth living, is a life that attributes of all of its efforts and heart, to the only one in the entire universe that deserves that sacrifice. Jesus. No one else.

For to me, to live is Christ, and to die is gain. If only the church would recite it daily in their hearts, oh how the church would be able to rise up and shine the glory of God. Revival would break out in this land, because out of the midst of godlessness rises a generation of people that fears nothing, except the name of the Lord. They would see their lives only worth counting if it's spent towards the glory and honor of Christ. And it is in this attitude, that the heart can be filled with the joy of the Lord, where His peace that passes all understanding, continue to dwell with them.

Oh God, bring revival to this land, but start with me. Give me the mind of Christ, that will allow me to have only one passion, that is to glorify the name of Jesus. In Your name. Amen.
Posted by KK at 11:25 PM No comments:

I look at how Christians generally view themselves. There is this sort of unhealthy mentality that seems to be so prevalent among them. We know that God has called us to be "set-apart", that is, to not conform to the ways of the world. However, when God called us to do so, He did not mean it as just mere effort. Instead, He has given us His Holy Spirit that testifies in our souls the freedom that Christ has given us thru the cross at Calvary. And yet, Christians continue their journey with feet that drags the earth they walk upon. It's as though they have lost everything when they chose to follow Christ. When they see non-Christians prosper in their careers and in other aspects of their lives, they began to come up a false and superficial confidence of not wanting those things, but secretly in their hearts, they whisper "how come it didn't happen to me?" Oh, if only Christians, in their Spirit, began to rise up a truth that will establish faith and confidence in their hearts. If only they began to understand the riches and glory of the inheritance that awaits us in heaven.
I believe that if we could only catch a glimpse of heaven in all its glory and splendor, it would transform us forever. We would start looking at the riches of the world just as an adult would look at a toy that a toddler would play with. He has no desire for that toy. No matter how the child manages to enjoy itself with it, yet, he continues to believe in his heart that the joy that child has is only temporal, and soon, he will leave it, and search for other things.
May God grant us mercy, and may He help us to grow in our Spirit. I pray that Christians will start living lives that are of the purposes of God. May they stop feeling that they are "losing out", instead, may they have that faith in God, knowing that there's no price to great to pay for our God.
I ramble, and rave because I feel deep inside me, a great dissatisfaction with the world. Problems continue to mount itself on our planet, and yet the solution to these problems is so simple: Jesus. That's it. No more, no less. He is the only hope that the world has. Only hope. No one else. Really, there's no other way. Period.
Posted by KK at 12:57 AM No comments: 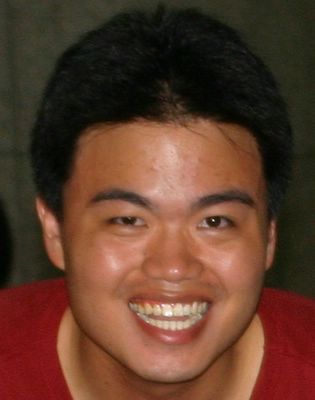 I've been thinking. What would happen, if people began living lives that were beyond themselves. What if, people began to say "Others first". Or better, "God first". What if, people were not so consumed with accumulating wealth and slogging up that corporate ladder. What if dreams and desires of the most creative minds in this world, were not limited to being the next pop star, or the inventor of the next great thing, but rather, opened towards the unfathomable wisdom and of our supreme Creator?

I had a good time on Tuesday night, watching Louie Giglio's sermon titled "Baggage claim", from his My Really Bad Date series (http://www.webcastingtechnologies.com/722/). One point hit me, and it really hit me hard. He was basically saying that everyone here on earth are looking for the "ONE". Its like Morpheus hunting for Neo, and asking "Are you the ONE?". That's when we have problems. We are expecting people in our lives, in Louie's contexts, life partners, to fulfill the desires of our hearts. We are expecting them to be like Neo to stop flying bullets and do other impossible feats. We ask, "Are you the ONE?" Well, who could be the ONE?
That's when it made sense to me. No one could be the ONE. No human. Everything fell into place when Louie said, "Only Jesus, can be the ONE for us". Everyone else, is the TWO.

That sermon lingered in my head for days. This morning, I had another wonderful revelation. I suddenly recalled that incident Jesus had with that Samaritan woman at the well. Jesus said to her, "Everyone who drinks this water will be thirsty again, but whoever drinks the water I give him will never thirst. Indeed, the water I give him will become in him a spring of water welling up to eternal life". I now see the connection. No wonder worldly relationships don't work. And it's obvious to me now how people in church who imitate worldly relationships end up like them. We are all expecting the other person to quench our thirst. Christ has no role at all in our relationships. Though he is there waiting to give us this living water, but yet, we refused it, and choose to draw water from the well of the world. Maybe it's because the water is more real. Whatever. We know better. Oh... if only people would open their eyes and stop being so oblivious to the things of God.

What would happen if, relationships were formed within God's will? What if, we acknowledge without a shadow of doubt, that our soul's desires can only be quenched by Christ?